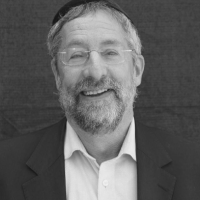 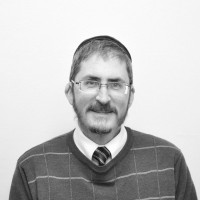 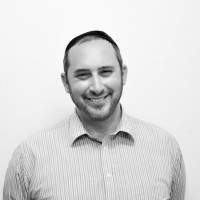 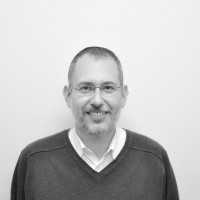 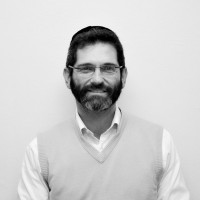 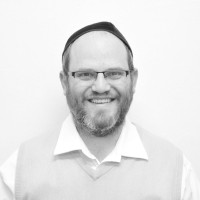 Originally from New York, Rabbi Chaim Willis grew up in a typically left-wing liberal Jewish home. After earning his bachelor’s degree, in Chinese Studies, Rabbi Willis began his journey that would eventually lead him to Jerusalem.  His journey took him through Afghanistan, Vietnam and Cambodia amongst other places. He would discover the culture of each country he visited, that is until he ran out of money. He would then fly home to work as a cab driver until he had earned enough cash for the next adventure.

But it was in Jerusalem at the Aish Hatorah Yeshiva that Rabbi Willis found the answers to his questions. He studied there for four years under the guidance of Rabbi Noach Weinberg, of blessed memory. It was in Israel that he met his wife, Shelley, from St. Louis, Missoruri. The Willis family made the trek to Rebbetzin Willis’s hometown, where they founded the very first Aish branch outside of Israel. They later returned to Israel, where they remained for about 15 years.  In 1994, Rabbi Willis visited Johannesburg from Jerusalem to begin the famous “Fellowships” program in South Africa. After two years of successful programs, an Aish branch was founded in Johannesburg. In 1998, Rabbi and Rebbetzin Willis moved to South Africa to expand the program.

Rabbi Willis is now the Executive Director of Aish South Africa. The Willis family lives down the road from the Aish shul in Sandringham, where their ten children (some of whom live around the globe) frequently visit. Rebbetzin Shelley Willis runs the South African Jewish Women’s Renaissance Project (a mission to Israel that reconnects young mothers to Israel) and teaches students of all ages. She is also famous in the Aish community for her delicious whole-wheat challah. If you haven’t tried it yet-you’re in for a treat!

Mexican-born Rabbi Roziel Pilatowsky was searching for meaning in his life when an Aish Jerusalem Rabbi visited his hometown of Mexico City. Intrigued from the start, Rabbi Pilatowsky was eager to explore his Judaism. After earning his Bachelor’s Degree in Software and Computer Engineering, he happily journeyed to Israel where he earned his Master’s Degree in Talmud from Aish Hatorah.

After studying in Jerusalem for several years, Rabbi Pilatowsky met his wife-to-be, Karen Ziskin (Rabbi Ziskin’s sister).  After two years of marriage, the Pilatowskys left Israel for Brazil, where they opened an outreach center. They later returned to Rabbi Pilatowsky’s hometown, where they founded Aish Mexico, a vibrant community that continues to flourish. In January 2011, the Pilatowskys and their three charming children joined their cousins (the Ziskins) in Johannesburg to work for Aish SA. Rabbi Pilatowsky teaches a variety of subjects including Talmud, Personal Growth, Kabbalah and Jewish Philosophy. His wife Karen coordinates many events for the community and also teaches a number of subjects. The Pilatowskys add a certain Mexican flavor to our Aish community, which wouldn’t be the same without them.

Interesting fact about Rabbi Pilatowsky: He is a drummer and an Israeli folk dancer!

Whilst studying Management and Law at Leeds University like a good Jewish boy, Rabbi Michael Vegoda was simultaneously doing something quite radical. He was also waking up early in the morning to study the richness of his Jewish heritage with the Leeds campus Rabbi. Rabbi Vegoda’s passion for studying our heritage’s wisdom for living eventually led him to Jerusalem where he learnt and taught Torah for many years.

His gentle, sincere nature combined with his gifts of creativity and perceptivity make Rabbi V, as he is fondly called, an exciting, passionate and exceptionally effective teacher to students young and old.

In 2010, the Vegoda clan decided to relocate closer to their family in Sandringham and joined the Aish branch there where Rabbi Vegoda coordinates the “learn and earn” program, teaches informal learning groups at King David and meets with individual students throughout the week.  The Vegoda’s vibrant children, with the exception of baby Akiva can usually be seen roller-blading or riding their bicycles.

Rabbi Gedalia Kauffman was born in the “Mile-High City” of Denver, Colorado where as soon as he learned to walk, his Dad stuck him in a pair of snow skis. Leaving behind the snow-peaked Rocky Mountains of his youth, Rabbi Kauffman’s family eventually moved to New York where he spent his teenage years.  He then left home for Boston to get his university degree in Middle Eastern History.  Rabbi Kauffman then went on a journey that led him to Jerusalem, but only after he had spent three years travelling Southeast Asia.

It was in Jerusalem that Rabbi Kauffman met his South African wife, Mandi. He spent the next nine years learning at various yeshivas including Aish Hatorah. In 2005, Rabbi Kauffman received his rabbinical ordination. Shortly after, he was lured to Johannesburg by Aish SA with promises of a maid and a swimming pool. Now, when he is not busy enjoying his freshly-ironed socks and summer afternoons by the pool, he teaches personalized and large classes to post-varsity students and young marrieds. The Kauffmans and their children now live around the corner from the Aish shul. Rabbi Kauffman enjoys his work at Aish and feels honored to teach people “about life, meaning and growth.”

Rabbi Yisroel Ziskin grew up in a “traditional” (pepperoni pizza in the driveway and vegetarian in the house) Jewish home, on the northeast coast of the USA.

He studied Psychology and Political Science at Emory University in Atlanta, Georgia and after receiving degrees in both, accumulated three years of experience in Psychology by counseling teenagers in a private psychiatric hospital. Disappointed by the lack of intellectual honesty at university and surprised by the lack of moral integrity in the field of mental health, he undertook a quest for a more satisfying approach to life. After engaging people on trains and in youth hostels throughout Europe he used his last dollars to jump on a boat sailing from Athens to Israel.

This culminated an eye-opening encounter with Jewish teachings at Aish Hatorah in Jerusalem and 13 years later, a fantastic wife, four children (at the time, now five), a rabbinical degree, great clarity and exciting ideas about life. In 1998, Rabbi Ziskin chose to leave his teaching/counseling position at Aish in Jerusalem to share his knowledge and experience with the youth of South Africa.

Pretoria-bred Rabbi Shlomo Karpes had no idea that when a friend invited him to attend a class at Aish, his life was about to change. Through his growing involvement in Aish SA, Rabbi Karpes ventured on the famous “Fellowships Tour” to Israel – and he hasn’t looked back since. After the tour, Rabbi Karpes decided to stay in Israel and learn at yeshiva. Rabbi Karpes spent three years at Aish Jerusalem and then another three years at Ohr Avraham. While learning in Jerusalem, Rabbi Karpes met his wife Gabi. Newly-married, Rabbi Karpes searched for a job and Rabbi Willis, of Aish SA, offered him one. Rabbi Karpes now keeps a busy schedule at Aish by teaching high school and varsity students, giving personalized lessons and fundraising. Rebbetzin Gabi Karpes teaches marriage preparation classes for brides-to-be, that is when she’s not busy cooking delicious shabbos meals or nurturing their five adorable children.

Interesting fact about Rabbi Karpes: He was a competitive equestrian show jumper for 16 years!

Be in touch with us